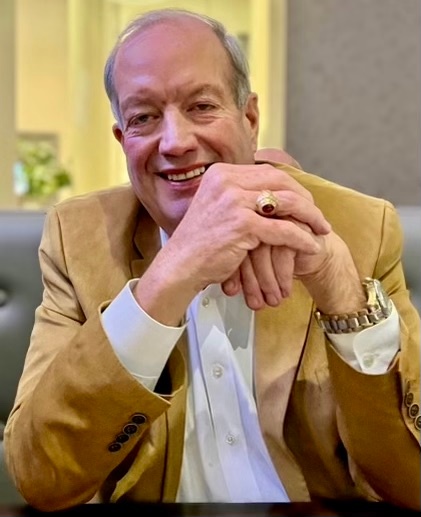 Daniel Raymond Dennis, 65, of Sherwood, Arkansas went to be with his Lord, July 26, 2022. He was born November 18, 1956 in Cincinnati, Ohio and is preceded in death by his mother, Helen Sullivan Dennis, his father, Raymond Edgar Dennis and a brother, Bradford Dennis.

Dan grew up in Cincinnati and graduated from Columbia College in Columbia, Missouri where he received his Bachelor of Arts degree. Following graduation, he began his 42 year career with Harcros Chemicals formally known as Thompson-Hayward. Dan retired August of 2021. He loved his career along with the many corporations and clients he was able to serve. I am sure most will say they were always greeted with a smile and possibly a box of donuts; little did they know the joy they brought to him. Our Dan had a servant’s heart. He had such appreciation for the Veterans and the residents of St. Frances House in Little Rock. He devoted a large amount of his time organizing fund raisers, cooking and serving others. He was so proud of those reentering the work force. After each event, he often mentioned how fulfilling it was to see the happiness and smiles radiating from those he served. It was important to Dan that each individual know that they were not only loved but that they were also capable of success.

Dan loved a good book, a comfy chair, and the sound of waves hitting the shoreline on the beach of Seagrove, Florida. He traveled there many times throughout the years making it his home away from home. Dan always strived to make everyone around him feel special whether it was cooking for family and friends, or just soaking up rays and relaxing.

The family request in lieu of flowers, a donation be made to St. Stephen’s Episcopal Church or to St. Francis House, Little Rock.

To order memorial trees or send flowers to the family in memory of Daniel Raymond Dennis, please visit our flower store.
Send a Sympathy Card