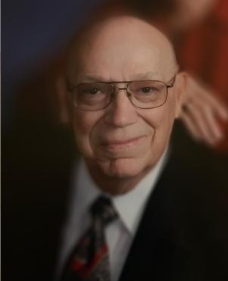 David Alan Maxwell, 86, of Benton, Arkansas loved life and the knowledge that he was welcomed into heaven on July 18, 2022.  He was born August 31, 1935 in Monticello, Arkansas to the late Daniel Wesley and Mary Elizabeth (Halley) Maxwell.

David was a long-time member of First Baptist Church of Benton where he served as a deacon for many years.  He served in the United States Navy, where he was awarded the Good Conduct Medal.  David retired as an electrician and instrument tech specialist at Alcoa.   Family was David’s priority.  He adored his grandchildren who affectionately called him Granddaddy.  David was a rock to his grandchildren, especially when their father was on assignments with the military.  He was always there to step up in any way his family needed.  David was servant minded and participated in many organizations including Habitat for Humanity.  His family agrees that David did everything right and left no unfinished business.

To order memorial trees or send flowers to the family in memory of David Alan Maxwell, please visit our flower store.
Send a Sympathy Card