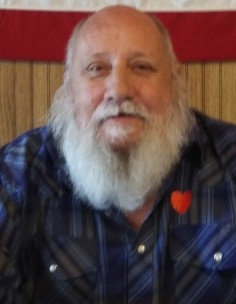 Donald Ray “Duckie” Goodson, 68, of Paron, Arkansas passed away January 22, 2022. He was born on December 2, 1953, in Little Rock, Arkansas to John Henry Goodson and Alta Jane Goodson. He was a member of Smyrna Bible Church. He enjoyed hunting, fishing, and playing pool. He also loved spending time with his family and watching western movies. He worked at Pulaski County Road and Bridge for 40 years.

He is preceded in death by his father, John Henry Goodson.

Visitation will be held Saturday, January 29, 2022, from 11:00 AM – 1:00 PM at Smith North Little Rock Funeral Home with funeral services following at 1:00 PM. Interment will be a Spring Valley Cemetery in Ferndale, Arkansas.

To order memorial trees or send flowers to the family in memory of Donald "Duckie" Goodson, please visit our flower store.
Send a Sympathy Card