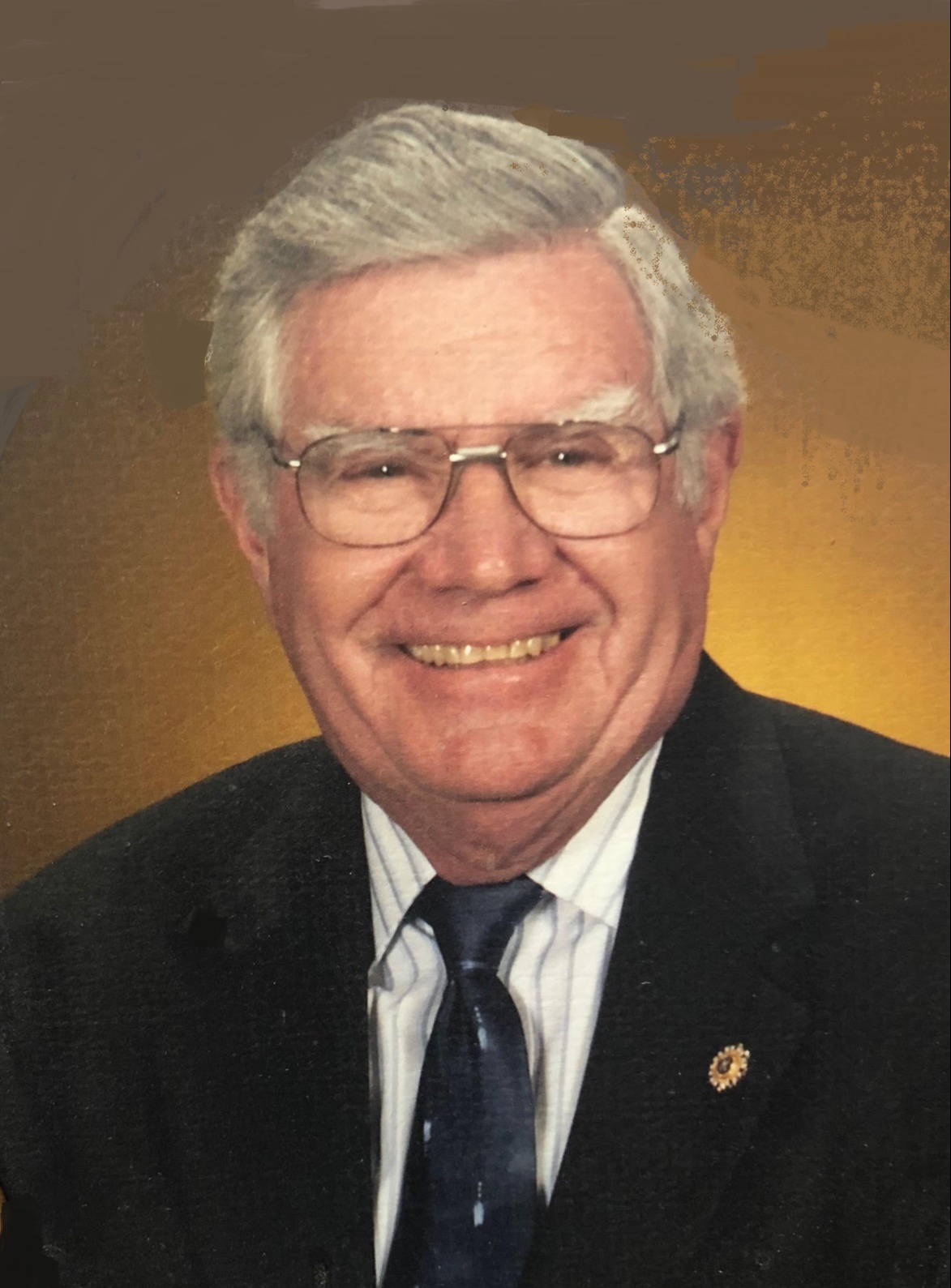 Doc was born January 11, 1940, to the parents of Tom and Catherine Abington both of whom preceded him in death.  He is survived by wife Ruth Abington and daughters Allison DeAnn (Ronny) House, of Ward, AR, and Dr. Sara (Tom) Philips, of Denton, TX.  Grandchildren include Alex (Ashley) Bratton, Rachel (Blake) Mashburn, Ben and Laura Philips, and his sister, Cora Ann Jones.  Great-grandchildren: Lane and Lacee Bratton. Step-daughters: Jessica (Tom) Barlow, Susan (Robert) Primeaux. Doc was also preceded in death by his granddaughter, Catherine Marie Bratton.

After graduation from Beebe High School, Doc attended the University of Arkansas and served in the Arkansas National Guard 6 years.   His career in banking began while still in high school and continued until he retired from Citizens Bank (First Security) in 1993, serving in several positions and finally as President and CEO.  He was a graduate of Louisiana State University School of Banking.

He loved his community and was actively involved his entire life in its promotion and growth. Doc was a lifelong member of Beebe First United Methodist Church, serving on the church's finance committee for 15 years and assisting in the church's financial arrangements for many of the new buildings and renovations.  He also enjoyed sponsoring and traveling with the adult slow-pitch softball team, helping with the development of the Beebe Sports Complex, serving on the Beebe City Council, the Beebe Planning and Zoning Commission, the Beebe Water Commission, and the Beebe Christmas Parade (where he often appeared as Frosty the Snowman, throwing out suckers to the children).

Doc's early years as an entrepreneur involved loading his little red wagon with produce from the family vegetable garden and walking down to Main Street to make a little spending money.

Anyone who knew Doc was aware of his love of fishing which began as a very young boy.  He dug his own worms and used crickets as well, nothing artificial.  He rode his bike many a mile to Beebe area ponds. And if you went fishing with Doc, you had to be a serious fisherman and commit to at least 8 hours on the lake.....it was always an all-day event.

A visitation will be 6:00-8:00 P.M. Friday at Smith-Westbrook Funeral Home, Beebe. Funeral service will be 10:00 a.m. Saturday, July 9, 2022, at First United Methodist Church in Beebe, with burial in Meadowbrook Memorial Gardens. To sign the online guest book, go to www.smithfamilycares.com/westbrook. In lieu of flowers, please make memorials to First United Methodist Church, Beebe.

To order memorial trees or send flowers to the family in memory of Eugene "Doc" Abington, please visit our flower store.
Send a Sympathy Card