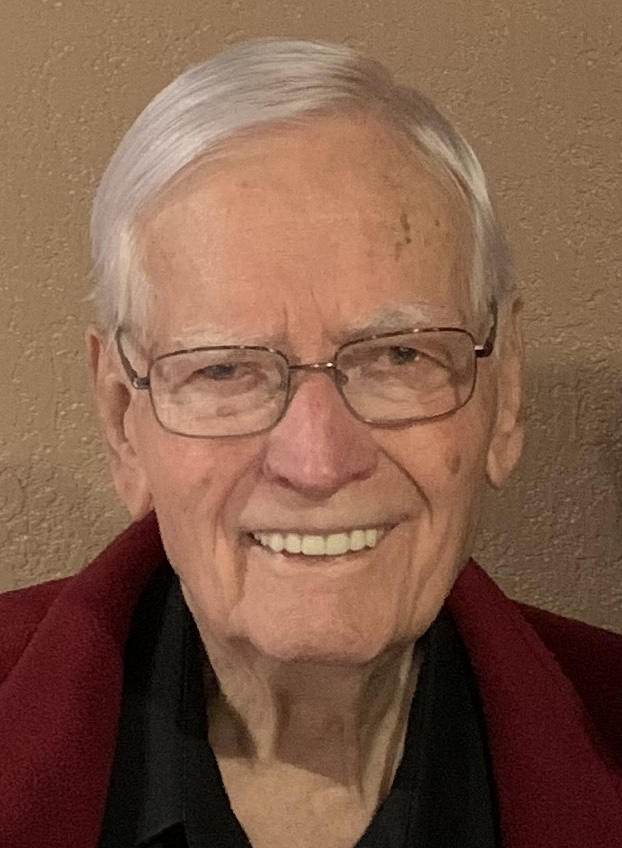 Eugene Henry Kordsmeier, Sr., 92, passed away peacefully in his sleep on Saturday, March 19, 2022. He was born December 29, 1929, to Mary (Yanker) and Louis G. Kordsmeier in Morrilton, Arkansas. The sixth of eleven children, Gene liked to say he was the middle child. He grew up in Morrilton where he attended Sacred Heart Catholic School and worked hard along with his family on their farm.

He was a 1948 graduate of Sacred Heart and served in the United States Navy during the Korean War. He married Marie Urbani on January 10, 1953. They were married 47 years and raised six children in North Little Rock. During that time, Gene worked for the United States Post Office until he retired in 1985 and then he worked for Stroud Service Company until he retired again in 1991. Gene and Marie enjoyed traveling coast to coast to visit family and trips to Tunica and Oaklawn. Marie passed away on January 4, 2000.

A devout Catholic, Gene was a member of St. Patrick’s Catholic Church for over 65 years. He delivered mail during the day and did handyman work in the evenings to put his and Marie’s six children through Catholic schools. Gene and Marie also made sure their family was in church every Sunday – even when they were on vacation. Gene was a member of the St. Patrick’s Men’s Club and sang in the choir. He was also a Fourth Degree member and former Grand Knight and Knight of the Decade of the Knights of Columbus Father James P. McDonnell Council #6253. In his later years, he attended daily Mass at Immaculate Conception Catholic Church.

On September 3, 2005, Gene married Eleanor Butera. They were married for seven years and enjoyed a honeymoon in Italy, trips to California to see Eleanor’s son Don and his family, cruises, AARP events and trips, monthly poker games and weekly pinochle games at the NLR Hays Center. Eleanor passed away on June 27, 2012.

A devoted family man, Gene was a wonderful father to six, grandpa to twelve, and great-grandpapa to seventeen. Along with his faith, his family meant everything to him. Among those celebrating with him in Heaven are his parents, Marie, Eleanor, his beloved grandson Chad Williams and his siblings: Hubert Kordsmeier, Sister Mary Elizabeth Kordsmeier SSND, Mildred Stroud, Billie Riffle, Rita Muller, Regina Bawiec; grandson-in-law Michael Siebert as well as many other relatives and friends. Four brothers survive him: Jack and Irene Kordsmeier, Clem Kordsmeier, Bob and Lucille Kordsmeier and Phil and Mary Ann Kordsmeier.

Mass of Christian burial will be held at 1:00 p.m. Monday, March 28, 2022, at St. Patrick’s Catholic Church with Msgr. Lawrence Frederick officiating. Interment will follow at Calvary Cemetery. Visitation will be at the funeral home on Sunday, March 27, 2022, from 4:30-6:00 p.m. Tributes and a slideshow will begin at 6:00 p.m. and a Rosary will follow with Fr. Jack Vu presiding.

To order memorial trees or send flowers to the family in memory of Eugene H. Kordsmeier, Sr., please visit our flower store.