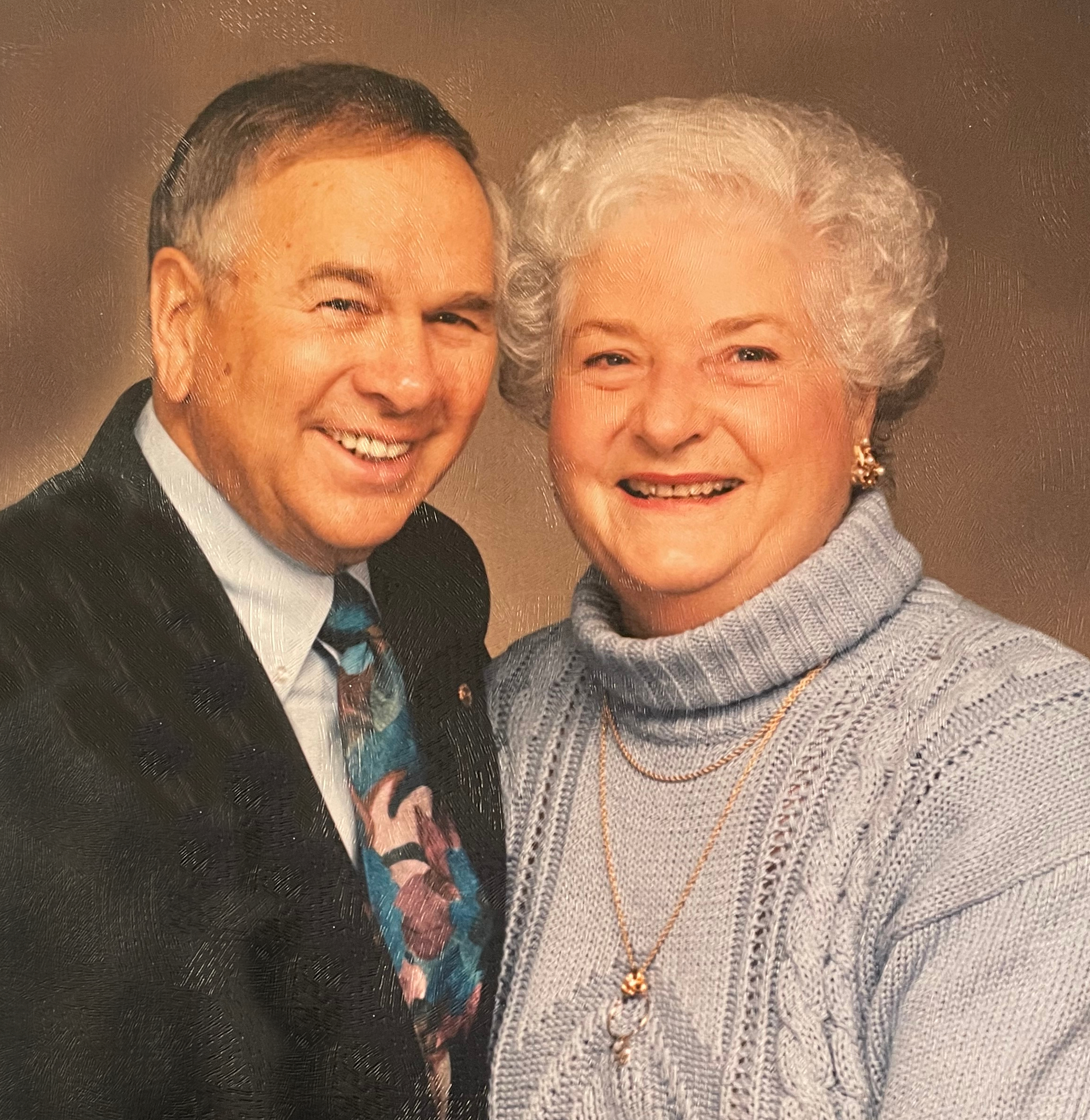 Frances Lorene Prescott, age 96, of Hot Springs, left this world on Thursday, June 23, 2022, to join her husband of 72 years in heavenly bliss.

She was born on October 19, 1925, in Memphis, Tennessee, the daughter of Clyde and Lora Lee Ford.  She was preceded on this heavenly journey by her husband, Eugene Prescott; her parents; one brother, Bob Ford; and three sisters, Martha Brewer, Jean Benson and Peggy Moffett.

Frances, also known as “Weenie”, brought joy to everyone she met.    In her early years of marriage, she supported her husband’s military effort during WWII as he was POW in Germany.  When he returned, their faith in Christianity showed as they were founding member of White Station Church of Christ, Memphis, Tennessee, in 1954.  For many years she was a bible school teacher to 3-4 year old children, teaching them the biblical way of life.  She followed this path, as her husband became an elder of the church, living the Christian life of service to others.   She always had time to help others in their time of need.  She had an “operatic” voice and she loved to sing.  She worked hard to help support the family and retired from AT&T.  After relocating to Hot Springs, she continued her service to others through the 70 West Church of Christ.  She always had a smile on her face and enjoyed entertaining others in her home.  She loved working puzzles, playing cards and watching “Wheel” (Wheel of Fortune).  Her devotion to daily reading of the Bible and prayer continued to the end of her life.  She will be greatly missed as she touched many, many people.

A celebration of life and internment will be held 1:00 PM, Monday, June 27, 2022, in the mausoleum at Memorial Park Funeral Home and Cemetery, 5668 Poplar Ave, Memphis, Tennessee.

To order memorial trees or send flowers to the family in memory of Frances Lorene Prescott, please visit our flower store.
Send a Sympathy Card