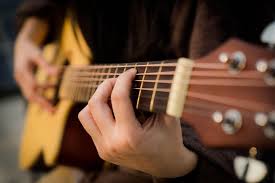 Gary was born on January 11, 1963, in Murfreesboro, the son of William Curtis “Bub” O’Neal and Almetta “Metter” Garner O’Neal Moore.  He was preceded in death by his parents; his two brothers, Terry O’Neal and William Barry O’Neal; and his nephew, Michael “Boo” O’Neal.

Gary was a graduate of Kirby High School, a Christian in his faith, and over the years attended Mount Joy Church, which he always referred to as his home church.  He was a life-long carpenter by trade and was well-known for his amazing talent of building just about anything he set his mind to.  Gary enjoyed fishing, hunting, playing his guitar, but his greatest joy in life was when he was spending time with the true loves of his life, his children and grandchildren, loving to serenade them with his guitar, but most importantly just enjoying their smiles and happy times together. Gary will be deeply missed by all who knew and loved him.

Funeral services will be held at 10:00 AM, Monday, August 8, 2022, in the Smith Family Funeral Home Chapel in Glenwood with Bro. Scott Vaughn officiating.

Interment will be in the Mount Joy Cemetery, in Daisy.

To order memorial trees or send flowers to the family in memory of Gary Lynn O'Neal, please visit our flower store.
Send a Sympathy Card