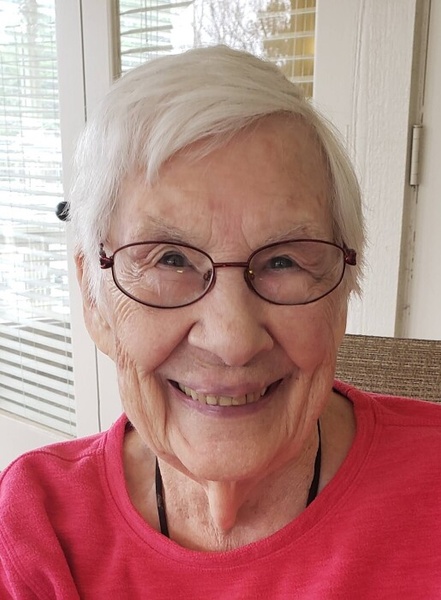 Helen “Jackie” Schwarz Robbins, 91, passed away on January 25, 2022 at Baptist Medical Center in Little Rock. She was born March 11, 1930 in Berkeley, California to the late Jack and Delia Hanna. She graduated from UC-Berkeley where she met her first husband, Carlos Schwarz. Jackie and Carlos were married in 1954. They remained married until his passing in 1977. In 1982, Jackie married Louis Robbins. They remained married until his passing in 2008.

Jackie loved international travel, especially to Ecuador where she once lived with Carlos and where his family still resides. She enjoyed reading, gardening, and knitting. Jackie was very active in Girl Scouts, League of Women Voters, and LifeQuest. She was a lifelong learner, always keeping up with current events and politics. She could discuss not only current world events, but also the history of whatever the topic was, and how it may have led to or influenced current events.

In addition to her parents and husbands, a sister, Margaret “Peggy” Salm preceded her in death.

At Jackie’s request she will be cremated. A family gathering will be held later. In lieu of flowers, memorials in Jackie's memory may be made to the CARTI Cancer Center, Arkansas Palliative Care (Hospice), and LifeQuest of Arkansas.

To order memorial trees or send flowers to the family in memory of Helen Robbins, please visit our flower store.
Send a Sympathy Card