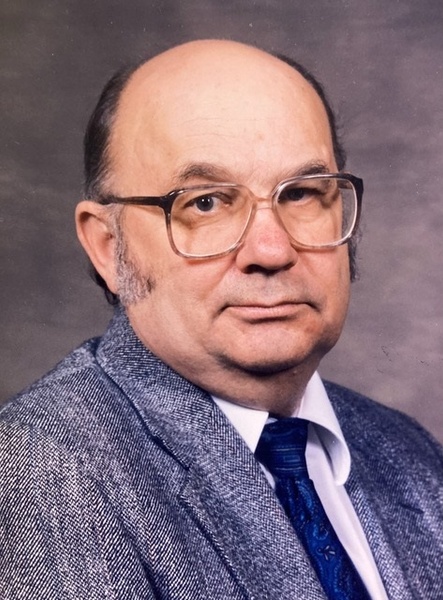 Howard E. King, age 91, of Mountain Home, formerly of Beebe, passed from this life on Friday, January 14, 2022. He was born November 4, 1930, in Carmi, Arkansas to Howard Hartwell King and Edna Gracie (Knight) King.

In 1951, he began a career in the U.S. Air Force, where he served his country as a jet fighter pilot, flight instructor and communications officer, while also earning his B.S.E.E. and M.S.E.E. from the University of Arkansas. He retired at the rank of Major in 1971. After nearly a decade as a cattle farmer in Marion county, he began a career in higher education, teaching electronics at SAU Tech in East Camden. He was then recruited to develop the curriculum for Arkansas State Technical Institute, on the campus of ASU Beebe, where he taught until his retirement in 1995.

Throughout his life, no matter where he and his family lived, he always sought out a community of believers and a church home to worship and serve the Lord our God. He was a member of Union Valley Baptist Church. He is survived by his loving wife of 69 years, Charlene (Robertson) King; three sons, Howard T. King (Juanita) of Beebe, Charles R. King of Beebe, Edward J. King (Vonda) of Mountain Home; five grandchildren, Daniel King of Rogers, Arwen Taylor (Chris) of Collierville, Tennessee, Laura King of Beebe, Leah Ward (Ross) of Jenks, Oklahoma, and Kirstie Recktenwald (Nathan) of West Plains, Missouri; six great-grandchildren; and one sister, Nola Helen Langley and her husband Thomas of Spring Hill, Florida.

He is preceded in death by his parents.

Funeral services are scheduled for Saturday, January 22, 2022, at 2:00 pm at Union Valley Baptist Church with interment to follow at Grissard Cemetery. Memorials may be made in his name to The Gideons International at www.sendtheword.org.  Arrangements by Smith Westbrook Funeral Home, Beebe. Please

visit www.smithfamilycares.com/westbrook to view the registry.

To order memorial trees or send flowers to the family in memory of Howard King, please visit our flower store.
Send a Sympathy Card