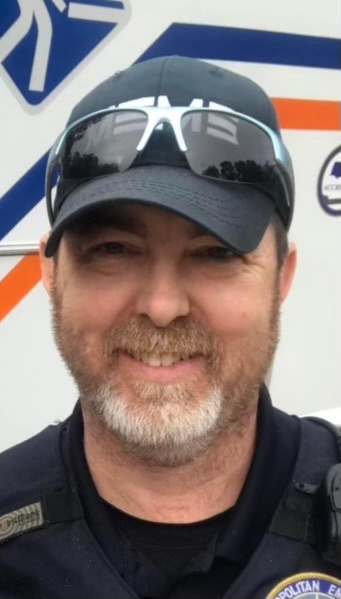 Jason Robert Henderson, born May 4, 1972, joined his Lord and Savior on Friday, July 1, 2022. He was preceded by his grandparents and Great-grandparents, who welcomed him into loving arms. He is survived by his wife Vicki and her two children, Nathan Baker and Lauren Webber, his parents, Orland and Sharon, and one brother Joshua (Lisa), and her three children, David, Christopher, and Victoria Ward, and one niece Ashley Henderson all whom he loved very much.

Jason was a graduate of Oak Grove High School and went to serve in the Army and the National Guard. He loved his family and his country, and after serving with his guard unit in Bosnia in 2001, he was ready to serve with his friends and fellow soldiers in Iraq but was not allowed due to health reasons.

After this, he devoted himself to duty as an Emergency Medical Technician for MEMS for several years before becoming a licensed paramedic. He loved his work and served as a First responder until doctors made him quit. Jason’s dedication to his service was the ultimate reason he was called home by God after suffering multiple health issues.

Jason always brought joy to his family and friends, who will miss him very much. Rest in peace, Jason, we love you.

Visitation will be 1:00PM-2:30PM Thursday, July 7, 2022 at Smith-North Little Rock Funeral Home (1921 Main Street) with a funeral service following at 2:30PM. Interment at Arkansas State Veterans Cemetery will be held at a later date.

To order memorial trees or send flowers to the family in memory of Jason Robert Henderson, please visit our flower store.