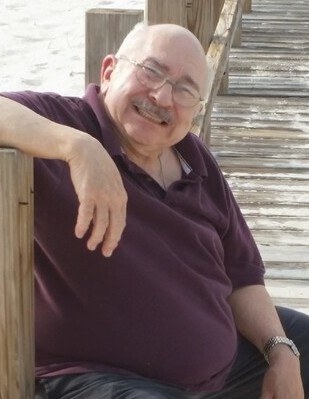 
Jerry was born on January 19, 1943, the oldest child of four to Melvin Lester and Frances Irene Andrews in El Dorado Arkansas.


He joined the United States Air Force earning the rank of Airman First Class. While on leave, Jerry met Ruth Diane Russell who lived across the street from his parents. His sister and her sister did a little match making. Then on June 24, 1967, Jerry and Ruth married in the Chapel of the First United Methodist Church in El Dorado. Jerry and Ruth lived and worked in North Little Rock. Jerry later graduated from the University of Arkansas at Little Rock.


They were soon blessed with two beautiful children Jon Russell and Stacia Diane  When the kids were younger they were always going on camping trips and vacations. Jerry was a coach for Jon's and Stacia's soccer teams.  Also he was a Boy Scout Den Leader for Jon's  Boy Scout Troop. Jerry enjoyed woodworking, CB Radio, and watching football. He couldn't resist telling or hearing a good joke.


His entire career was in the field of computer technology. He worked as a systems analyst and  did consulting work. Jerry retired from Blue cross blue shield. He also worked for St. Vincent's  during his career.

Jerry loved his Ruthie and his brother, Robert and his sister's Barbara and Nancy.  He was very proud of Jon and Stacia. He was a very proud to be a  grandfather of all of his grandchildren and loved them dearly including his great grandson who entertained him and made him laugh. He even loved his sister-in-law Ann, who he referred to as the wicked witch of the south!


Jerry is preceded in death by his parents Melvin and Frances, his beautiful wife, Ruth of 45 years, his beautiful daughter, Stacia Palmer, his sister, Barbara Short and his nephew Jim Short.

We rejoice that Jerry and Ruth are hand in hand again!

To order memorial trees or send flowers to the family in memory of Jerry Andrews, please visit our flower store.
Send a Sympathy Card