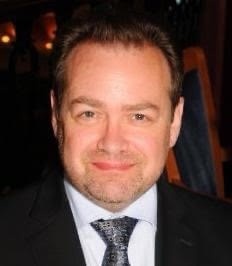 John “Scott” Ripley, 58, of Boise, Idaho, and formerly of North Little Rock, Arkansas, passed away February 18, 2022.  He was born August 9, 1963 in Little Rock to the late Erma Huckabee Ripley and Richard Ripley.

Scott was preceded in death by his mother, Erma Ripley; and brother, Richard Ripley.

Scott lived in the Oak Grove community until he left to attend Abilene Christian University, ultimately graduating from Harding University.  After 20 years in West Virginia, he returned to North Little Rock where he met Lynne and eventually moved to Boise, Idaho.

He spent the majority of his working career with Fedcomp as a Senior Software Developer.

Scott was known for his gentle, generous heart, endless Star Trek references and a goofy nature when he thought it might cheer the spirits of those around him.  He enjoyed many adventures with his wife, Lynne, and being a dog-dad to Jack.

Scott was also a man of God, and sought to show kindness wherever he could.  He loved fearlessly, thought creatively, and lived compassionately.  His legacy is one of genuine kindness and love.

Gifts in his memory may be made to your local food bank.

To order memorial trees or send flowers to the family in memory of John Scott Ripley, please visit our flower store.