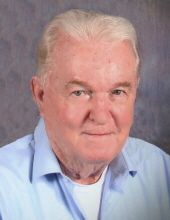 He was born on August 15, 1944, in Amity, the son of Andy Wright and Opal Jane Howell Wright. He was preceded in death by Norma Wright, and two brothers, Orville Wright and Kenneth Wright.

Johnny had several jobs throughout his life but may be best remembered as a barber and owner of OK Barber Shop in downtown Glenwood. He was never one to sit still; he liked to stay busy. You could find him making a garden or taking care of his chickens. He enjoyed visiting and was known to have a good sense of humor.

He is survived by his son and daughter-in-law, Gary and Deborah Wright; his daughter and son-in-law, Krystal and Joey Pannell, all of Glenwood; four grandchildren, Ashley Wright, Justin Pannell, Jackson Pannell and Kassidy Pannell; his sister and brother-in-law, Mary and Marshall Blain of Sherwood; and his brother and sister-in-law, Larry and Sheila Wright of Glenwood.

Memorial services will be held at 2:00 PM, Sunday, February 13, 2022, in the Glenwood Free Will Baptist Church with Bro. Keith Howell and Bro. Tony Hill officiating.

Cremation arrangements were under the direction of Smith Family Funeral Home, Glenwood.

To order memorial trees or send flowers to the family in memory of Johnny Wright, please visit our flower store.