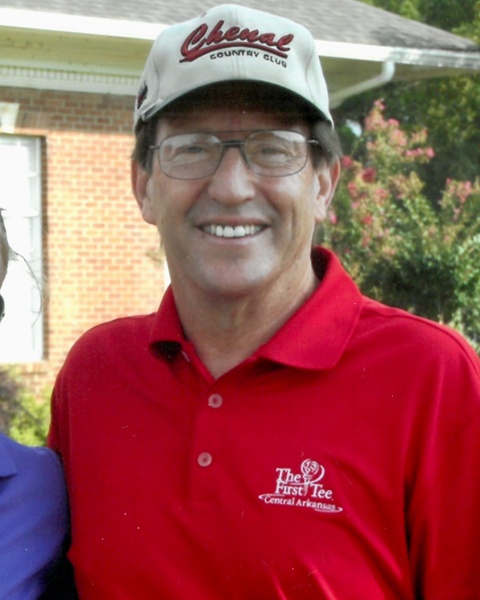 Kenneth Ray Williams, 75, died of cancer on May 2, 2022 in the home he built in Little Rock, Arkansas. He was with his family.

Kenny Ray was born in the winter of 1946, in the small town of Caney, Kansas, which was never going to be big enough for his personality. His childhood antics summoned the authorities on a number of occasions. Shortly after discovering his talent for construction, eleven-year-old Kenny infamously built a porch for the family home while his father was away for the weekend. His dad, who was not thrilled by the surprise nature of the project, conceded that it was “a well built porch.”

An alumnus of both the University of Oklahoma and Oklahoma State University, no internal conflict has ever exceeded that of Kenny’s during football and wrestling season. College life provided the necessary components for peak nonsense with his lifelong best friends, Ricky Lee Hess and Jim Bowen. Their persistently youthful friendship would inspire and embarrass their families for the next six decades.

He was a dedicated, if somewhat haphazard, athlete. Throughout his life, Ken dabbled in football, basketball, wrestling, tennis, golf, and pretty much any other sport offered intramurally or at the local YMCA. In particular, he achieved impressive levels of mediocrity in golf despite a steadfast commitment to the game. The fact that he continued holding a full conversation through his swing may have played a role. He hiked in the Pacific Northwest at age 74 simply because he hadn't done it yet. Unfazed by a stroke that weakened his left side in 2014, he became a passionate tennis player in his seventies.

With a predictably ineffective strategy of, “If you feed them, they'll go away," the Williams household was often overrun by fostered and adopted dogs. There were even a couple of goats and a few cats to diversify his portfolio. He was a longtime supporter of the Humane Society of Pulaski County.

Ken was a master carpenter, his mountain home being his crowning achievement. From dynamiting a huge hole in a ridge in 1982 to his signature stonework, every inch of his Ferndale home has his flair. Many of his friends and neighbors have come out of the woodwork (pun intended) to share stories of Kenny Ray teaching them home-building and maintenance skills.

He is survived by his wife, Donalee Bailey Williams, who holds the distinction of having successfully navigated 51 years of Kenny Ray's shenanigans; his son, Ryan, who carries on his legacy as a fashion visionary; his daughter-in-law Theresa Warner, who “destroyed him at Boggle”; his daughter, Hillary, who inherited his reckless affinity for DIY projects and unwavering love of Taco Bell; and his beloved grandchildren, Cora and Jonah. He is also survived by his sister, Betty Pichardo, who he proudly declared is a far better pianist than he ever was.

It's incredibly difficult to briefly summarize a man who lived so many lives. We ask that his loved ones keep him alive through his stories. Feel free to add some creative embellishments; he would have done the same.

There are many friends, families, and colleagues to thank for their generous support over the last few months. In particular, the family would like to thank Dr. Toby Vancil, Dr. Charlie Kincaid, Dr. James Meek, and every single person at Hospice Home Care for their above-and-beyond care.

In lieu of flowers, donations may be made to the Humane Society of Pulaski County or your local animal shelter.