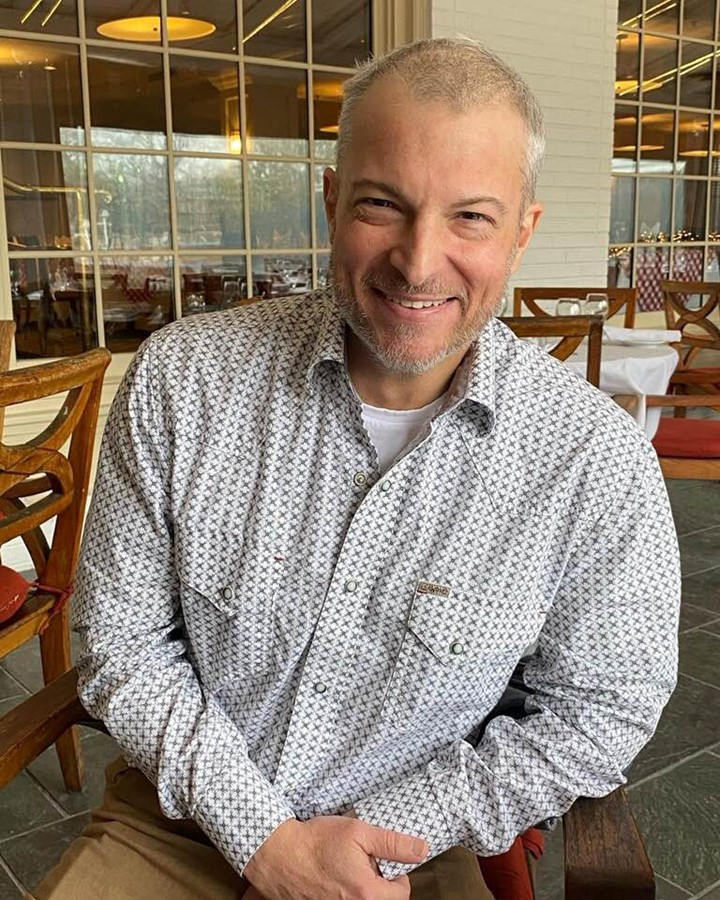 Kent D. McKelvey, Jr., MD, 52, passed away peacefully at home in Little Rock, Arkansas on January 17, 2022 after a valiant battle with acute myeloid leukemia. His loving wife, Elise Higdon McKelvey, was by his side.

Kent was born at the Ft. Gordon military hospital in Augusta, Georgia on August 8, 1969 to Charlotte Josephine Egner Varner and Kent David McKelvey, Sr., MD. He grew up in Memphis, Tennessee with his mother and stepfather, ”Papa” Don Varner, graduating from Memphis University School in 1987. He received his undergraduate degree from the University of North Carolina at Chapel Hill, and his medical degree from the University of Arkansas for Medical Sciences. Kent was one of six doctors from three generations of his family to practice medicine in the state of Arkansas. After years of working in emergency departments as well as in private practice, Kent returned to UNC to complete a fellowship in medical genetics, giving him the distinction of being board-certified in two specialties.

In 2003, he returned to Little Rock, Arkansas with then wife Sheryl Winters McKelvey to raise their two children, Kent David McKelvey, III and Caroline Delaney McKelvey, and rejoined UAMS as faculty in the Department of Family Medicine and a founding member of the Division of Genetics. His professional accomplishments and accolades are too numerous to list, but highlights include serving as the Director of Cancer Genetics Services at the Winthrop P. Rockefeller Cancer Institute, and spearheading the establishment of the Adult Genetics Clinic at UAMS. In 2009, Kent was invested as the inaugural recipient of the Winthrop P. Rockefeller Chair in Clinical Genetics. He directed the Medical Genetics Course at the College of Medicine, and was elected by his students for numerous teaching awards.

Professionally, Kent found his true passion in caring for those in the Down syndrome community. He simply adored his patients, and was a fierce advocate for them and their families. The loss of Kent is an intimate and immediate sorrow to those to whom he gave hope in the face of long-suffered marginalization, and who had looked to Kent’s light as a guide. Even when his own health was at its most precarious, he continued caring for them via telemedicine. After years of intense research – and despite his ongoing battle with cancer – he published the definitive guidelines for treatment of adults with Down syndrome in JAMA in October 2020. He continued his collaboration at a national level, which resulted in authorship of his final publication on genome sequencing in one of the most prestigious journals in the U.S. in May 2021. In the words of the Arkansas Down Syndrome Association, “the trajectory of Dr. McKelvey’s life as an internationally renowned advocate, author, champion, confidant, doctor, friend, hero, researcher and teacher has fundamentally and generationally altered the trajectories of millions of lives worldwide. We are grateful for all Dr. McKelvey has done for our community and our loved ones.”

In his personal life, Kent was deeply devoted to his family and friends. His marriage to Elise was, though far too brief, joyous. Their love for each other radiated into every part of his life, and in his words, made him his most fully-realized and open-hearted self.  The joy of their life together gave him not only the profound fortitude to survive two leukemia recurrences, two additional cancers, countless chemotherapies and radiations, and three allogeneic stem-cell transplants, but also make these final years the happiest of his life. In his final words, he “loved Elise with all of my heart, mind, body and soul.” He was a proud father to KD and Caroline and enjoyed special vacations and long neighborhood walks with them.  Kent was also a beloved stepfather and co-conspirator to Anna Douglas Piper and Katie Piper. Fortunately, his egregiously terrible sense of “style” (silver Birkenstocks, leopard print leggings, and a cowboy hat should never be worn together, if at all) has been passed on to none of them - though his humor, integrity, love, and sense of gratitude certainly have.

In addition to his wife and children, Kent is survived by parents Charlotte Josephine Egner Varner and Don Varner. Kent was also blessed with beloved sisters Samantha McKelvey and Betsy McKelvey Peeler (Michael), and brothers Michael Varner and Matthew McKelvey. Kent cherished their relationship, and never referred to them as “half” siblings. He was immensely proud of them, and they of him. He is also survived by his nieces Helen McKelvey Teeter and Ruby Peeler and nephew Sam Peeler. He was pre-deceased his father Dr. K. David McKelvey, Sr., as well as three Flow-Bees, countless pairs of reading glasses, and two particularly awful sweaters his wife threw away without telling him.

The family would be remiss in not expressing their sincere appreciation to his care team at UAMS. Although Kent’s career goal was to give back to those around him, he spent much of his final years at UAMS as a patient rather than a physician, and he was overwhelmed with gratitude for the physicians, nurses, and staff who treated him like family, and went well beyond their call of duty.

A celebration of his life will be held 11:00 am Friday, May 20, 2022 at Pulaski Heights United Methodist Church.

Celebrations of Kent’s life will be held on Friday, May 20 at 11:00am at Pulaski Methodist Church in Little Rock, and on Saturday, May 21 at 2:00pm at Idlewild Presbyterian Church in Memphis, Tennessee. In lieu of flowers, please donate to the Arkansas Down Syndrome Association (ADSA), PO Box 55675, Little Rock, AR, 72215, https://ardownsyndrome.org/donate/, or to the organization of your choice.

To order memorial trees or send flowers to the family in memory of Kent D. McKelvey Jr., M.D., please visit our flower store.