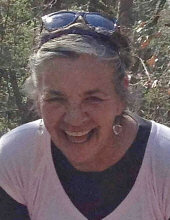 She was born on August 18, 1951, in Chicago, the daughter of Oliver J. Huey and Allene Cochran Huey. She was preceded in death by her son, Frank Walla; her parents; and her sister Jimaline Robinson.

She was a graduate of the University of Arkansas. Lavada enjoyed being with her family, being ourdoors and spending time with the YaYa’s.

She is survived by two daughters and sons-in-law, Patricia and Beau Jackson and Melissa Terry and Flint Richter; four grandchildren; and two great-grandchildren.

Memorial services will be announced at a later date.

To order memorial trees or send flowers to the family in memory of Lavada B. Walla, please visit our flower store.