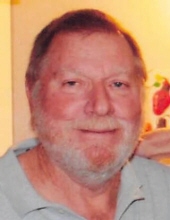 Lonnie was born on July 23, 1950, in Hot Springs, the son of Thomas W Ault and Kathleen Barron Ault. He was preceded in death by his parents; and his brother, Tommy Ault. On October 12, 1991 he married Shirley Holcomb and she also preceded him on November 29, 2018.

Lonnie was a member of Pleasant Hill Baptist Church and a graduate of Cutter Morning Star High School, class of 1968. He was an avid outdoorsman, he loved being at the lake or in the deer woods. Lonnie loved fishing, hunting with his dogs, going to the car races, he also loved all his dogs whether they were hunting dogs or just his house dogs. His love for his family was his greatest joy in life, if it was possible, he was with them enjoying life together. Everyone loved him that met him and you would rarely see him dressed in anything but his overalls, he was a country man at heart.

To order memorial trees or send flowers to the family in memory of Lonnie E. Ault, please visit our flower store.