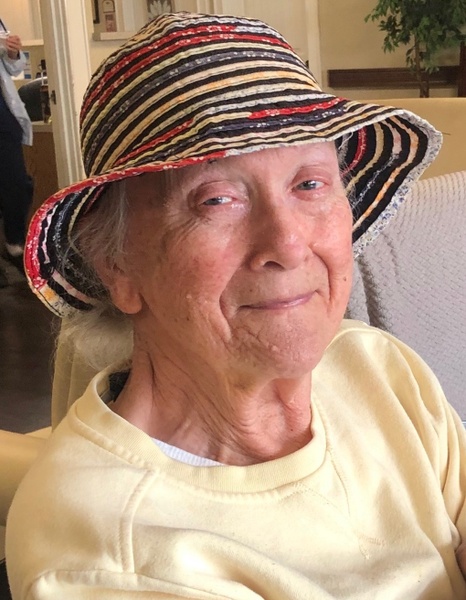 Mary Louise Kraemer Folse, 93, a native of Bayou Boeuf (Kraemer), Louisiana and former resident of Baton Rouge, Prairieville, Raceland, and Thibodaux, Louisiana passed away Wednesday, July 27, 2022 at the Hospice Comfort Care Center in Little Rock, Arkansas, following a brief illness. Born in 1928, she would have turned 94 on September 6, and was striving to outlive her mother, who died at 98.

Mary was a 1945 graduate of Raceland High School, where she also met her husband, Don. They were married at St. Mary’s Nativity Catholic Church, Raceland on April 17, 1949. Their eldest son, Kyle, arrived in 1950. As her granddaughter, Sarah Folse Dochtermann, wrote, Mary was the “original ‘Mother of Dragons,’” raising seven rambunctious boys, often singlehandedly, while her husband worked offshore a week at a time for the Shell Oil Company.

Mary was a profoundly spiritual and creative person of broad intellectual curiosity and diverse talents and interests. After completing high school she was employed as an administrator in a doctor’s office. A marvelous cook, she later worked in food management at St. Mary’s Nativity Catholic School as well as the Lumen Christi Retreat Center, Schriever, LA. She was exceptionally well-read in Christian religious studies and mysticism, serving as a master catechist in religious formation and family faith development for the Roman Catholic Diocese of Houma-Thibodaux, and as director of religious education for St. Mary’s Church. She led retreats and bible-study groups, both at the Louisiana Correctional Institute for Women, St. Gabriel, and at the Most Blessed Sacrament Catholic Church, Baton Rouge, where she was also a longtime member of the Choir. A gifted seamstress, quilter, and potter, Mary completed ceramics and art courses at Nicholls State University, Thibodaux, and later taught pottery-making privately. She was a true Renaissance woman who, even in the last decade of her life, studied dulcimer, engaged in meditation and journaling, created mandalas and labyrinths, and researched her family’s genealogies. Her vivid colorings, whimsical sculptures, and gorgeous clayware and quilts are treasured by her family as expressions of her love, spirit, and artistry. An avid gardener, she also adored her Yorkshire Terriers and took special delight in cultivating Monarch butterflies.

Visitation will be from 10:00 am to 11:00 am on Thursday, September 1, 2022 at St. Hilary of Poitiers Catholic Church, Mathews, LA, immediately preceding the celebration of a Memorial Mass at 11:00 am. Burial will follow at St. Mary’s Nativity Cemetery, Raceland, LA.

Those wishing to memorialize Mary with a donation might consider Heifer International, the Monarch Butterfly Fund, or the Southern Poverty Law Center.