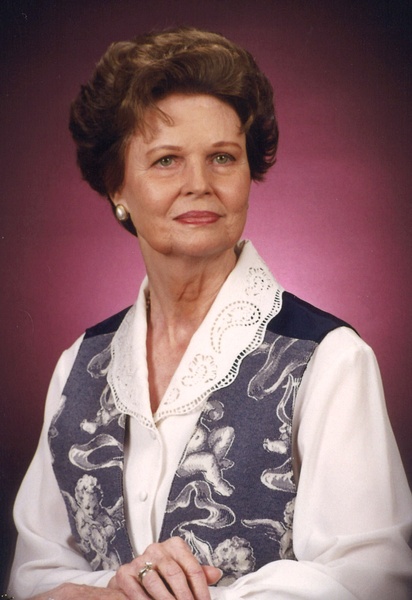 She was born in Point Cedar, the daughter of Charlie Wesley Knight and Hattie Burton Knight.  On December 4, 1964, in the Base Chapel at Barksdale Air Force Base in Louisiana, she was married to the love of her life, Lt. Colonel Clarence Finley “Bill” Blanton, USAF, who was killed in action in Laos in 1968, and his remains have now been identified and returned and buried in El Reno, Oklahoma.  She was also preceded in death by her parents; and her sister and brother-in-law, JoAnn and Gerald “Jerry” Kirksey.

After moving to Hot Springs in 1986, from Shreveport, Louisiana, Norma was appointed State Coordinator for the National League of Families for Prisoners of War and Missing in Action, Southeast Asia.  She also belonged to several historical societies, including, Hot Spring, Garland and Clark Counties.  She became a member of the First United Methodist Church of Hot Springs in 1998, when the Point Cedar United Methodist Church was closed.

Norma retired from Federal Civil service at Barksdale Air Force Base in Louisiana, after having been a secretary in Hq Eighth Air Force, Hq USAFE and the USAF Hospital in Wiesbaden, Germany, the Veterans Administration Hospital in Little Rock, the Public Health Service Medical Center, and the law firm of Wootton, Land and Matthews in Hot Springs.  She was a graduate of Bismarck High School and the Brian’s Business College in Hot Springs.

She is survived by her sister, Charline Knight of Point Cedar; her niece, Vicki Kirksey Harris of Little Rock; and several extended family members and wonderful friends.

Cremation arrangements are under the direction of Smith Family Funeral Home – Glenwood.

Memorials may be made to the First United Methodist Church, 1100 Central Avenue, Hot Springs, AR 71901, or to the Free Hill Cemetery Association Fund.

To order memorial trees or send flowers to the family in memory of Norma Lou Knight Blanton, please visit our flower store.
Send a Sympathy Card