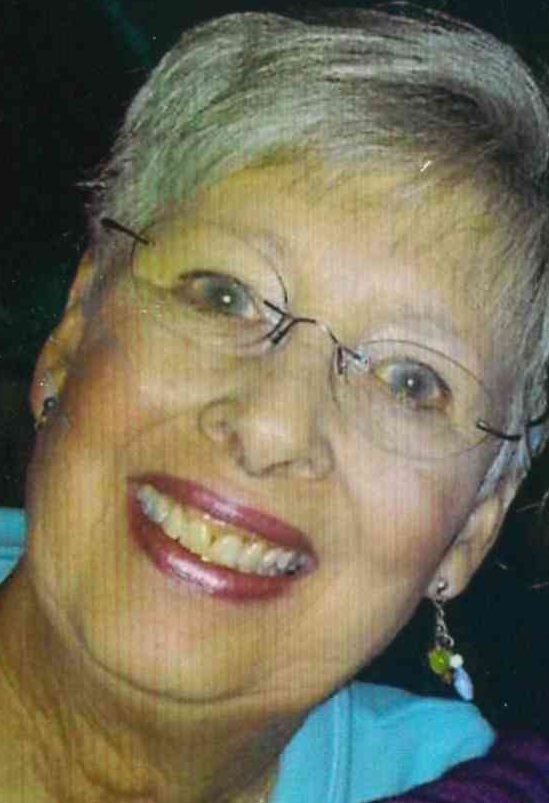 Patricia McKown went to be with the Lord on July 30, 2022.  She was born in Little Rock, Arkansas, but called Beebe, Arkansas, home for the past 50 years.  She was very accomplished at work, at home and in the community where she was a great example to others.  She was full of life and made the most out of each day.  She loved her family, friends, children, patients, but most of all the Lord.  In every area of her life, she gave whole heartedly without hesitation and expected nothing in return.

Pat was a very determined and accomplished woman. She applied for nursing school when Sherri was 4 and Kelli was a newborn. Her first application was denied because she was married. This did not deter Pat; she fought back, applied again and was finally accepted. She knew she had something to give and wasn’t going to let anyone tell her she could not fulfill her dream of becoming a nurse. She helped develop the first Emergency Room at St. Vincent Infirmary (now CHI) under Dr. Hedges, then worked on the Oncology floor. Both were cutting edge developments and Pat was so proud to be a part of it.  She later joined the Little Rock Family Practice Clinic where she eventually retired. Her patients loved her and would often bring her presents to thank her for her loving care.

If there was something going on outside, Pat was there. She loved spending time with her family and doing it outside was even better. She loved camping, fishing, going to the beach, and swimming, you name it, she would and could do it all.  Before moving to Beebe, Pat and Joe raised Sherri and Kelli on Lake Norfolk. They loved to camp and boat with the girls and taught them to swim as soon as they could walk. After leaving Lake Norfolk, Pat and Joe settled on their farm in Beebe. This was a perfect transition for Pat. Having a farm gave her the ability to be outside.  She milked the cows, fed the chickens, horses and cows and loved to garden. She always had a big garden and loved to watch and tend to her vegetables. Then in true Pat form, she would do her canning outside.

Pat loved her family, especially spending time with her grandchildren and great grandchild and they loved spending time with her. Her grandkids called her Nanny and they were always number one at her house. She had every toy you could imagine and even learned to play Nintendo just so she could play with the kids. She also had a special grandkid drawer in her kitchen that was only for them. They knew at Nanny’s houses, they would receive full attention and lots of love.

When Pat was 16 her father died. Ben, her older brother fell into the adult male role and took it very seriously. They were extremely close and Pat loved Ben like no other. She put him on a pedestal and that is where he stayed. Pat also had two sons (by marriage); Doug and Dwayne. When Sherri and Kelli married, both men became family and instantly became her sons and treated them as such.

Not surprisingly, Pat spent many days and nights at the ball field. Both Sherri and Kelli played softball and Joe was their coach. Pat was always there to help coach or pitch in wherever she could. Many times, she would go pick up the kids that didn’t have a way to get to practice. She would even play catcher in practice when there weren’t enough players. This was always fun to watch because it was ugly, she was not a good catcher but that didn’t matter to her; she was helping where she was needed, and she did it with a smile. One of her strengths was building up the kids. Each kid felt her love and she made them feel worthy. She was known for giving each person a dollar when they would hit a home run.

There was always a house full of kids. Pat took in wayward kids who had a miserable home life and showed them love and gave them direction. She had such a positive impact on so many kids; she was their silent angel, their Momma Pat. Her love for children did not stop at home, she and Joe built a children’s church in Antioch when they first moved to Beebe. They would go pick up the all the kids for church then take them back home. Pat and Joe also built a playground for the kids. Through their example Pat and Joe showed love, not only for each other and the kids, but also for the Lord. This made a lifelong impact on so many.

Visitation will be Wednesday, August 3rd from 10:00 – 11:00 a.m. at Smith Westbrook Funeral Home (Chapel) in Beebe, with the funeral service to begin at 11:00 a.m.  Interment at Antioch Cemetery, Beebe.

To order memorial trees or send flowers to the family in memory of Patricia Louise McKown, please visit our flower store.
Send a Sympathy Card