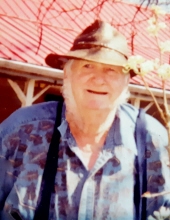 Sam Henry Greenwood, age 76, of Waldron, Arkansas passed away on February 15th 2022 during his stay at the Waldron Nursing & Rehabilitation Center after battling through several serious health conditions.

He was born on May 23, 1945, in Spiro, Oklahoma, to the late Perry Blunt Greenwood and Virginia Kelly- Greenwood. He had a large family and was one of thirteen children.

He spent much of his life enjoying a wide variety of interests and having several types of jobs. He spent a lot of his time moving/relocating around the Arizona and California area before finally relocating to Waldron, Arkansas in 2004 to be close to his only remaining child Cherry Gaston and his grandchildren.

At this time no viewing or funeral services will be held at the deceased’s request. Immediate family will be having a small intimate celebration of life at a later date.

Condolences for the family may by offered and appreciated at this time.

Arrangements are under the direction of Smith Family Funeral Home Hot Springs.

To order memorial trees or send flowers to the family in memory of Sam Henry Greenwood, please visit our flower store.