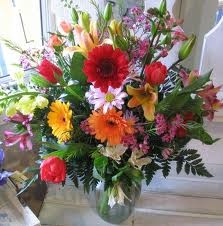 Sharon worked for many years in the medical insurance industry until her retirement. She later was employed as a cafeteria worker for the Clark-Pleasant Community School district.

Sharon was a woman of devout faith in God and had a deep, personal relationship with Jesus Christ. She was proud to be a wife and mother and considered it her greatest joy in life. Sharon had a love and talent for quilting and will always be remembered for being a major supporter of Whiteland baseball.

Sharon was preceded in death by her parents, Ted and Nancy Byrd; her in-laws, Roy and Peggy Chitwood; her brother, Douglas Byrd.

Graveside services will be 9:00 AM, Wednesday, July 27, 2022, in the Lowe Cemetery, Royal, Arkansas, under the direction of Smith Family Funeral Home, Hot Springs.

Guest registry is at www.smithfamilycares.com.
To order memorial trees or send flowers to the family in memory of Sharon Rae (Byrd) Chitwood, please visit our flower store.
Send a Sympathy Card