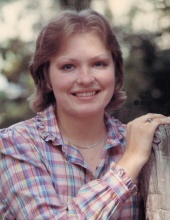 She was born on October 7, 1964, in Hot Springs, the daughter of Richard Freeman Carr and Dollie Louise Smith Carr. On August 29, 1992, she was married to Jerry Renuard. She was preceded in death by her parents, and her sister, Virgie Haymes.

She was a member of the Grenade Holiness Church in Pencil Bluff and enjoyed playing the guitar, taking care of her animals and going on road trips.

She is survived by her husband, Jerry Renuard of Mount Ida; three children, Josh Renuard and his wife, Rhonda, of Pearcy, Michael Renuard and Joy Stevenson, both of Hot Springs; six grandchildren; two sisters, Wilma Thomas of Little Rock and Verna French of New York; and several nieces and nephews.

Services will be held at 10:00 AM, Saturday, January 8, 2022, in the Smith Family Funeral Home Chapel, Glenwood, with Bro. Joshua Renuard and Bro. Danny Tillery officiating.

Interment will be in Big Fir Cemetery.

To order memorial trees or send flowers to the family in memory of Shirley Ann Carr Renuard, please visit our flower store.