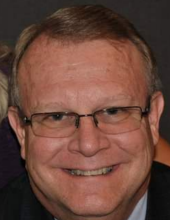 Scott was a member of the West Congregation of Jehovah’s Witnesses. He was a devoted full-time minister. He received his Bachelor of Science in Education, his Master of Science in Educational Administration and pursued a doctorate in education. Scott was a lifelong educator for 35 years, as a language arts teacher at Lake Hamilton Elementary School and elementary principal and Title 1 Coordinator at Bismarck Elementary School. His hobbies included going camping with his family, adventuring through Disney World, gardening, crafting, reading, making memories with his grandkids, and exploring Ireland and Scotland with his wife. Scott was a loving and devoted husband, supportive and encouraging father, and incredibly fun grandfather; always there with a listening ear, shoulder to lean on, and upbuilding word. He was an amazing public speaker and aided many in both educational and ministerial careers.

But those hoping in Jehovah will regain power. They will mount up with wings. They will run and not grow weary; they will walk and not tire out. - Isaiah 40:31

To order memorial trees or send flowers to the family in memory of T. Scott Henderson, please visit our flower store.