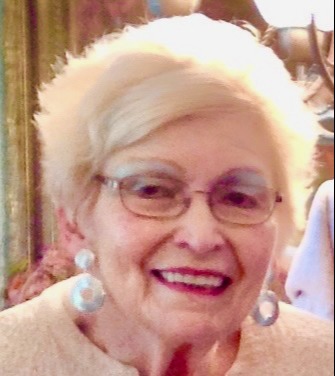 Virginia Carolyn Stutts, 82, passed away peacefully at her home on Monday, June 6, 2022. She was the wife of Charles Stutts, Sr., they shared fifty-six beautiful, gracious years together.

Virginia was born to the late Jesse and Alene (Stephenson) Ball in Eudora, Arkansas on December 19, 1939. She was immersed in the Christian community that would be her lifelong support from an early age and was a member of Central Baptist Church in North Little Rock, Arkansas.

She graduated from Eudora High School and later attended the University of Central Arkansas (UCA). Virginia was a Division Secretary at Blue Cross Blue Shield until retirement in 1985. After retirement, she enjoyed making ceramics and had a resale business for many years. She will be dearly missed by her loved ones.

She was preceded in death by her sister, Hazel; and her parents.

Visitation will be 10:30 AM, Tuesday, June 14, 2022 at Smith North Little Rock Funeral Home, followed by a Funeral Service at 11:30 AM. Interment will be at the Arkansas State Veterans Cemetery in North Little Rock.

To order memorial trees or send flowers to the family in memory of Virginia Carolyn Stutts, please visit our flower store.
Send a Sympathy Card